London Braces for a Storm Surge

London’s Tidal Thames faces the risk of flooding over the next 24 hours.  The Thames Barrier will close tonight to protect London from flooding from the surge, the biggest in 30 years.

This rise in sea level is caused by gale force winds and large waves across the east coast of the UK. Forecasters say that levels could reach heights not seen since the devastating flood in 1953 which left 40,000 people homeless. However, thanks to the Thames Barrier in the Thames Estuary the city is protected.

Within Central London, the strong winds have actually helped keep the waters low until the barrier is closed by pushing them back to the west. Currently, the tide is 1.5 meters less then what it would be on a normal day.

Strong winds are already wreaking havoc in northern England and Scotland with gusts up to 142 miles per hour in some places, leaving 20,000 people without power. Here in London, the Environmental Agency has upped their flood warning to the most severe for the Thames Estuary. 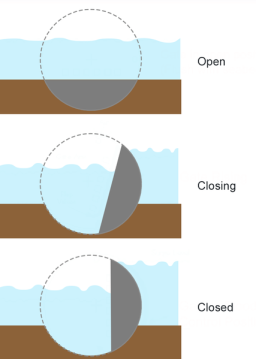 The Thames Barrier is the world’s second largest movable flood barrier and has been in operation since 1982 to protect the flood planes in the easternmost regions of London from elevated waters caused by the North Sea.

The barrier is a unique architectural structure that is reminiscent of the texture of fish scales.  The design and concept of the rotating gates was devised by Reginald Charles Draper. It may come as a surprise that the images one knows of the Thames Barrier are actually of when it is closed.  However, it is not often that it needs to be closed and it costs £16,000 (2008) on each occasion.